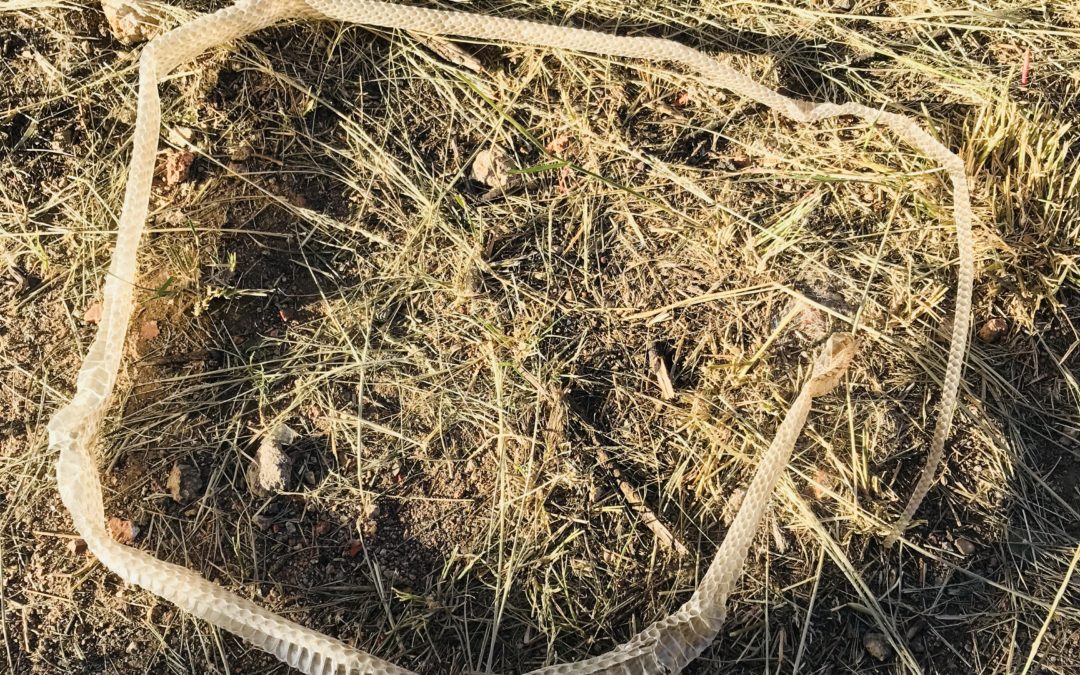 It always takes me a while before I can write about the desert, after I’ve been in it. This time, it’s taken even longer than usual. Yes, I’ve been back in New Mexico again; this time, teaching a workshop focused on place – ‘A Psyche the Size of Earth’ – just outside of Santa Fe.

I arrived at the little house onsite where I was to stay for the three nights of the workshop, to find a snakeskin on my doorstep. And so it began.

Because last time I wrote about being in this desert, I wrote about my experience of learning to fly in New Mexico, back at the end of the last millenium. And about how that process was translated into my first novel, The Long Delirious Burning Blue. So finding the snakeskin made me laugh, because here’s an extract from the opening page of that novel:

‘I have my own take on skins. It’s a simple one: they’re there to be shed. Like the desert rattlesnake, which sheds its skin two or three times a year. To enable it to grow; to remove parasites. It’s a process of renewal, you see. It rubs its nose along the ground until it pushes the skin up over its head – and then it just crawls right on out of it. Leaves it there: a ghostly, inside-out skin. There are millions of them, all over the desert.

A sea of shed skins.

It’s just like your selkies, don’t you see? – your mythical seal-women. Shrugging off their skin for one night each month, at the peak of the moon and the tides. Shedding that skin, they become another creature entirely. Seal becomes woman; woman becomes seal.

Ah, you and your fairy stories.

The truth is that we humans are so much less efficient. We shed our skins piece by piece, flake by flake. Slowly, over time; slowly enough that we never even notice that it’s happening. Did you know that we shed and re-grow the outer cells of our skin every twenty-seven days? I’m talking facts again, now, you see: I’ve always been more comfortable with facts. And I did some research, after that last letter you sent. By the age of seventy an average person will have lost one hundred and five pounds of skin.’

So hello, beautiful shed skin of a Red Racer snake. Yes, I’m still shedding skins too. Through menopause and on into elderhood and there are skins left to be shed; journeys still to be undertaken. And now that I stand on the threshold of beginning to write a new book – a nonfiction book about menopause and elderhood in women, which will be entitled ‘Hagitude’ – I am thinking about all that. About the skins we still have to shed, the journeys we still have to undertake, the transformations we still have to undergo, in the last third of our lives. Our culture tells us that we’re all washed up, washed out after menopause. Excuse me if I don’t think so. Excuse me if I actually think that we’re potentially at our very best, our ripest, our feistiest, our wisest and our most wonderful.

And so I’m here, in the desert again, looking for clues. Because as I am saying over and over again in all of the workshops in all of the states I am visiting, place is the greatest teacher of all. Places teach us everything, if we let them. Places, not humans, have taught me everything I really needed to know. Everything. Without exception.

Two nights in, and a band of wild-as-can-be coyotes break into the ranch and end up right outside my bedroom window. Not just howling, not just yapping, but singing some crazy, wild, playful, jazz-inspired howl-and-yap dancing song that makes me want to jump out of bed and run off with them, off into the cool-skied desert, with its cicadas and shooting stars.

Oh yes – let’s not take ourselves too seriously now that we’re becoming elder. Let’s not think we’ve arrived. Let’s not believe in our own mythology – let’s howl. And yap. And play.

Back to the Plaza Blanca, perhaps my favourite desert place of all. Rock like white bone and the bones in my pale face becoming more prominent each year and I am wondering how I look up against that rock, and so I do something I have only ever in my life done once before: I take a selfie, to see how my face blends into this rock, and I see that I still have a way to go. That’s good. I still have a way to travel, before I become all hard rock and bone, but the shades match – do you see, the resonance there in the shadows? Slowly, but slowly, I’m beginning to fade in. 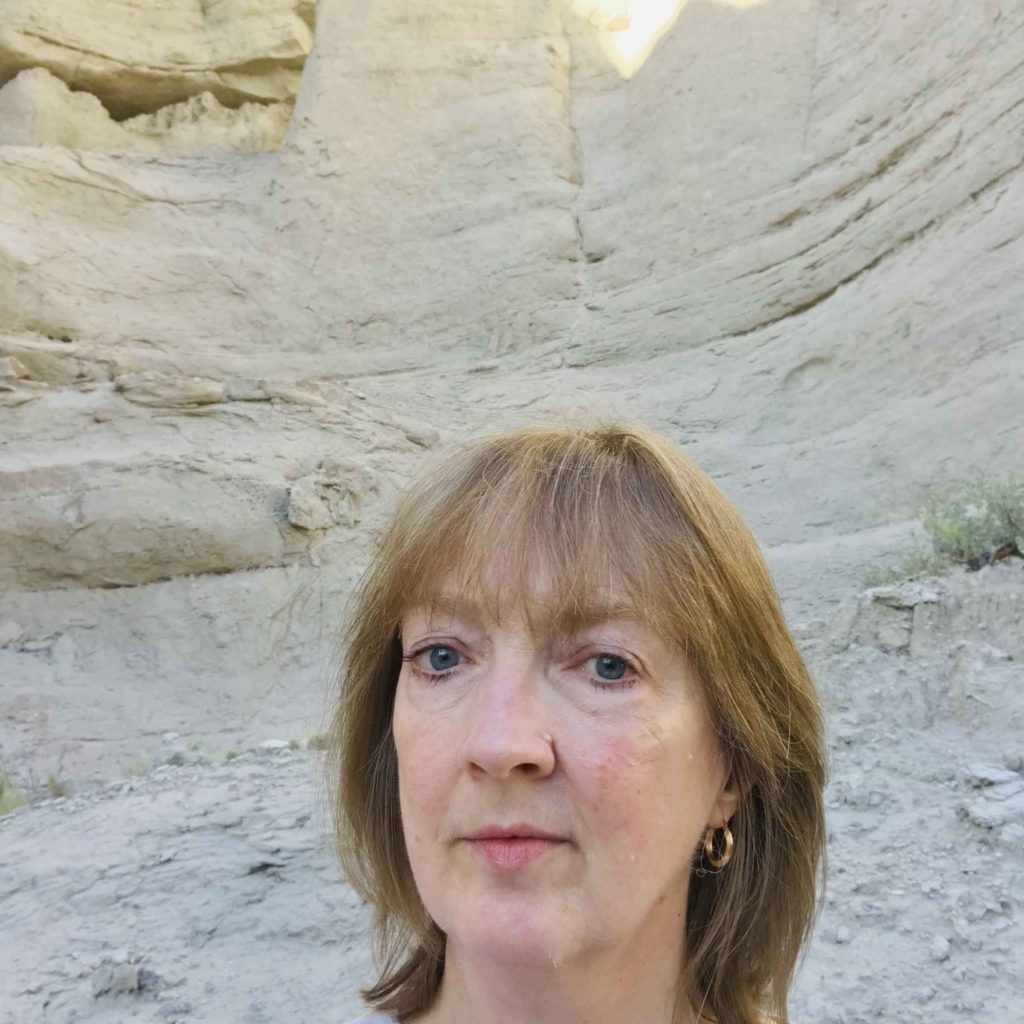 The desert is no lady.
She screams at the spring sky,
dances with her skirts high,
kicks sand, flings tumbleweeds,
digs her nails into all flesh.
Her unveiled lust fascinates the sun.

And as I think about leaving, I realise why this place is calling me; what the desert is trying to teach me. She’s teaching me what she knows best: she’s teaching me how to grow old. Not gracefully – never gracefully. But playing, howling, dancing with my skirts high. The desert might be no lady, but she’s a fully paid-up Trickster. She makes me laugh, and that day she made me howl. And I’ll go for that.