Dipping our toes into the Mystery of place 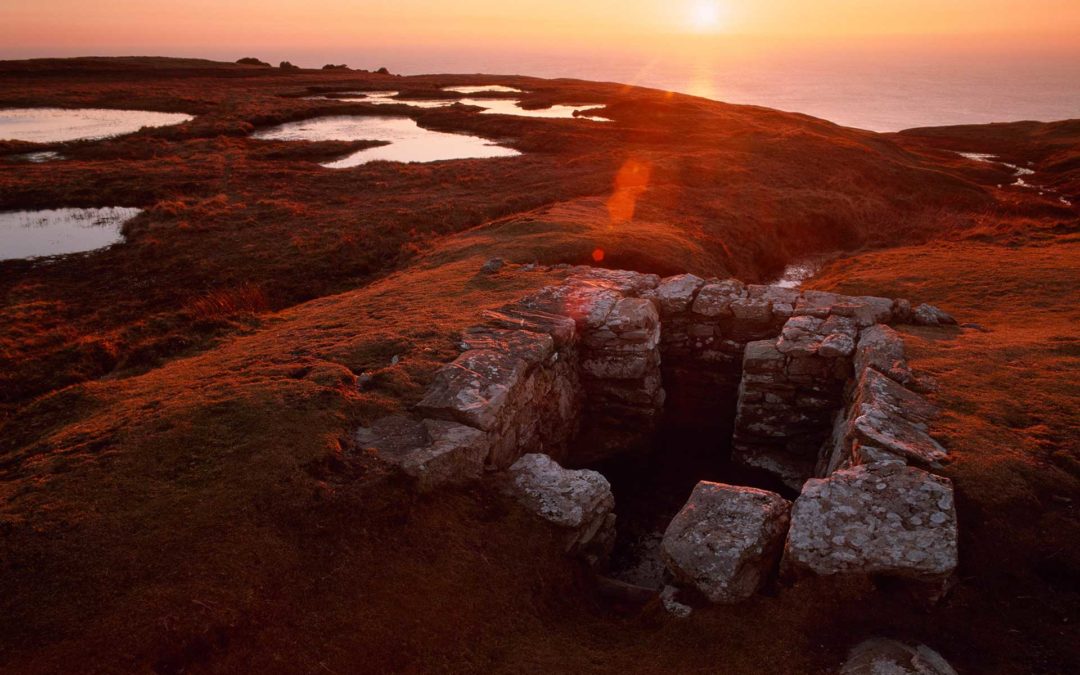 It’s been clear to me for a long time now that my personal journey in this life has always been centred around the lessons I’ve learned from the places I’ve lived. I’ve written about this journey, about place and belonging, in both my nonfiction books, If Women Rose Rooted and The Enchanted Life. Place has been my biggest teacher, and that’s why our relationship with the land we inhabit – with the places where our feet are planted, right now – has been the focus of my teaching and writing for many, many years.

I’ve been fortunate enough to be called to live in so many different places, and my relationship with the land has been different – but always transforming – in each of them. It’s always been more intense in the places where I’ve worked the land, and had creatures and plants to tend to. Seven years on a coastal croft in north-western Scotland was fine enough, but there will never again be lessons such as those learned from the years that followed, which I spent working a peat-bound croft on the furthermost western edges of the world, in a place where the road ran out and everything I ever thought represented safety ran out along with it. The extremity of the weather; the extremity of the place itself. Four years trying to coax vegetables, herbs and trees out of land that just didn’t want to have them. Everything always tottering on that finest of edge-lines which separates death from survival; nothing there could ever be taken for granted.

Places like that change you – deeply and irrevocably. They’re supposed to.

So here I am, after a few years of determined respite, back in a home with land again. On an 8-acre smallholding up in the Welsh mountains. With little black sheep again; with new trees to plant and ancient ones to love and tend. A greener place than the bog-bound lands I’ve haunted for the past decade, but colder, and harsh enough in its way. Those years in the Outer Hebrides spoiled me for the easy life, I think. I’m always drawn now to places which challenge me. Hurtling headlong into the next Big Lesson the land has to teach me.

And isn’t that the beauty of it: the land never fails. Never fails to show up, if you show up in turn. Never fails to engage, if you approach it in a spirit of genuine relationship. With your pockets full of offerings (nothing less than everything you are will suffice) and a determination to humbly apprentice yourself to whatever it has to offer you in return. Because we’re always the students here. The land always knows best. But it’s not something you can dip in and out of. The land demands your devotion, every day of your life. And devoting myself to the land is my personal practice. Has been, for more years than I can remember. Every single day.

Well, I could write a whole book about the ways in which I embed myself into the land, in each new land I inhabit. The ways in which I ‘fall into the land’s dreaming’ – the name I’ve been giving my practice for over a decade now. The combination of the physical and the imaginal, sinking so deeply into the bones of the land that you dream what it dreams. The strong focus on reclaiming ancestral knowledge, wisdom and stories for the sole purpose of creating authentic practices for here and now, and for the growing uncertainties of our future.

But I’ll spare you the book for now, and instead share with you just one of the revelations I’ve had since moving to this old house just a day before the coronavirus-inspired lockdown came into effect. This eccentric and benign and slightly rickety old house, which began its life as a Methodist chapel, all the way back in the eighteenth century. This house with its well, and its ancient yew trees. With the hymn-book cupboard still in the tiny snug/ living room, and the panelling made from the old chapel pews lining the dining room and stairwell. With the kitchen built into a watery rockface, and the light-filled lean-to at its side which houses an antique outdoor toilet and a thriving and very determined grapevine. With the stream tumbling down from the top of the hill which is known to turn into a torrent at least once each year, sweeping down the rockface, hurtling past the back door, and flooding the drive.

One rowan tree in particular captured my heart from the moment I saw her, battered and leafless, precariously perched on the boundary between field and lane. Immediately, I took to calling her the Entwife; if you look at the photograph below, perhaps you’ll understand why. There’s something Tolkein-esque, Treebeard-esque, about the way she holds herself. I sometimes call her the Witching Tree: laying your forehead against her is a disconcertingly vertiginous experience. She clearly has one ent-foot firmly planted in the Otherworld.

The Entwife, along with my well, immediately became one of my anchor places in this new land. Somewhere to return to each day, and converse with. Something to get to know deeply from the beginning. To create my place of belonging, here. It’s kind of like making new friends, meeting new teachers. It’s a leap of faith; a leap of love.

Then spring arrived, and along with spring, a miracle. The Entwife is more hole than wood, gnarly and wrinkled, and from a distance in winter you’d swear she was on her last legs. But look. From every nook and cranny, new life began to spring. New shoots everywhere, inside and out. Here is the Hag as Green Woman, kicking up her new bright green petticoats, cackling her way through the summer. Thought I was past it, did you? she crows, as you walk by. Well, there’s plenty of life in me yet. Just like all the best hags in all the best old Celtic mythology, she’s both ancient and young at the same time. She’s the natural world as a constant reminder of all that’s possible, so necessary in dark times and on dark days. Death, but always followed by rebirth. The Old Woman of the World always weaving a new tapestry, after Trickster Crow picked apart the last.

In The Enchanted Life I wrote about how attached I had become to the Cailleach, the archetypal Old Woman of the World in Gaelic mythology, whose name and stories haunted the places I’d inhabited in Scotland and the Western Isles. About how curiously cast adrift I felt when I went to live in Ireland, and unusually and unexpectedly – because she is everywhere in the Irish folk tradition – could find no trace of her in the specific new place I was living. How could I live, without the Old Woman to steady me? But I found her there, after all, when the grey heron who lived on our riverbank shapeshifted suddenly into a being I named Old Crane Woman. Part woman, part bird, I’d found the Old Woman in a new form, springing afresh out of that new land and my growing relationship with it. From an act of co-creation, as the Old Woman archetype translated itself into a new form which fitted the imaginations both of the land and its new inhabitant.* And Old Crane Woman was my anchor, my guide, for a very long time.

Here in Wales, we live close to a large lake, but not close enough that herons visit our land. Old Crane Woman lives still in my imagination, but she doesn’t live in this land. Where, I wondered, would I find my Old Woman here? And then I realised that I had already found her.

Oh, Entwife, you are a worthy successor. The Old Woman rising again from the land, taking a new form to meet a new necessity. Bringing new lessons, for a new stage in life. Reminding me, as I face the flare-up of an underlying illness which has (hopefully temporarily) reduced my mobility, that even the hardest winter turns inexorably to spring, and our heavy grey cloaks will give way to green, leafy petticoats once again.

The Old Woman, you see, is always with us. The Old Woman is the land; she’s always there to be found. You just have to open yourself to the imaginal world – to the Otherworld, in my native mythology – which overlaps and enfolds itself around this one. To pierce the veil, and see beyond the tree to the archetypal form which is intrinsically entwined with it. That’s how we fall into the land’s dreaming: it’s a process of learning to see. To see, not with the physical eye, but with the heart – as French theologian Henry Corbin, writing of the ancient Sufi tradition of the mundus imaginalis, the imaginal world, put it. Because the heart is the organ of the imagination – the organ which allows us to pierce the veil and perceive the Otherworld. You can’t do it by reason or intellect; you can’t do it by a fixation on the purely physical. The imagination is all.

This is a skill our ancestors had, for sure. It’s how they came to know the gods which inhabited their land. It’s how they came to know the medicine of a plant, to perceive the story-wisdom of a stone. It’s a skill I believe we can relearn, and it is the focus of all my work on the mythic imagination. So we can weave ourselves back into the story of our places again, back into their dreaming. So that we can remember how to speak to the land, but above all, how to listen. This is how we cultivate our relationship with this beautiful, animate Earth. This is how we dip our toes into the Mystery, begin to court the world soul. Above all, it’s how we begin to dream ourselves awake.

* If you’re not familiar with Jungian psychology, an archetype is the essence of an idea – irreducible to anything else. The archetypes themselves can’t be perceived – rather, what we see are archetypal images which derive from the archetypes, but which are adapted for specific cultures – or even individuals. For example: the Old Woman of the World is an archetype. It is an idea which would be understood by all cultures: a fundamental idea which can’t be reduced any further. But we never see the archetype itself; we see culturally specific images which derive from it. Certain native American peoples might see the Wise Old Woman as Grandmother Spider. In the Gaelic tradition, she’d be the Cailleach. In the Slavic tradition, Baba Yaga – and so on. In my imagination – my own personal tradition – she has been Old Crane Woman, and now she is the Entwife.