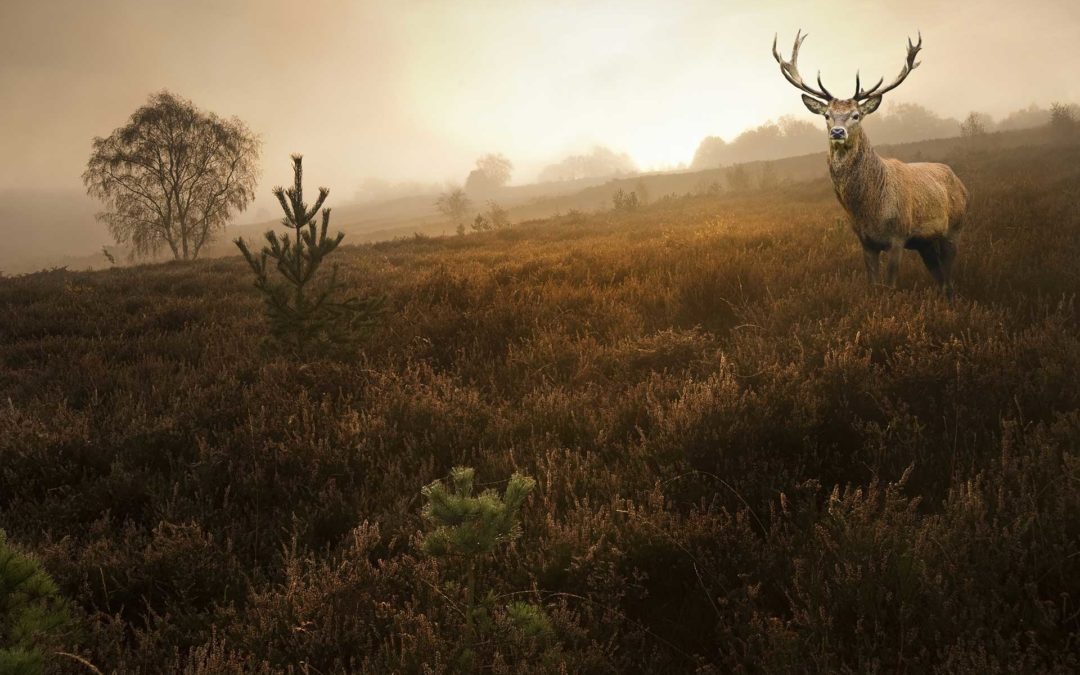 This article originally appeared on the Garrison Institute blog.

We think we make them up, the myths, stories and dreams which so richly define the human imagination. But what if they have an existence that’s independent of us? What if they come to us as psychopomps – a beautiful old word of Greek origins which means ‘soul guide’? How then do we learn to listen to them, to see them, and work with them?

It might seem like a radical idea, but it’s one with a long history. Psychologists Carl Jung and James Hillman both argued that psyche (‘soul’) and its associated archetypes have an independent existence, outside of us. That myth – the language of psyche – is alive. Myth isn’t only a key aspect of the structure of our own human souls; it is a key aspect of the anima mundi, the wider soul of the world. Myth is actually present in the world. And so, as Hillman put it, perhaps ‘[i]t is not we who imagine, but we who are imagined.’

These ideas didn’t arise in the twentieth century, though: they’re found across cultures, over long stretches of time. Henry Corbin, a twentieth-century French theologian and philosopher, wrote extensively about them in the context of Islamic Sufi traditions. Corbin used the term mundus imaginalis (the ‘imaginal world’) to describe a particular order of reality which is referred to in ancient Sufi texts. These texts tell us that, between the physical world of our senses and the world of abstract intellect which we imagine sits inside our heads, lies another world: the world of the image – a world that is just as real as either of these other two.

The mundus imaginalis is the place that all spiritual and transcendent experience comes from. It is the source of synchronicities, of ‘psychic’ experiences and creative insights; it penetrates into our dreams and other visionary experiences. This imaginal world can be perceived by what Corbin called ‘the psycho-spiritual senses’, and it communicates itself to human beings through images, so that the act of imagining then becomes an act of connection to it.

We seem to have forgotten that it exists – though the idea of an Otherworld (or several) which runs alongside this one, which can (sometimes) be reached from this one, which influences this one, which is inhabited by archetypal images, and which has characteristics of the mundus imaginalis, is a key aspect of several mythologies throughout the world. It is clearly fundamental to the Irish tradition from which I come. And another truth which we’ve forgotten is that the old (pre-Biblical) mythologies and philosophies of the West are rich and complex and beautiful. They offer up a world in which everything is not only alive, but has purpose, intentionality of its own. A world to which each incarnated soul chooses to come, for a reason, and to offer up a gift which can only be expressed through relationship with and participation in that animate world. Carrying the fire, carrying with us the image that we were born with, that we brought with us when we chose to come into this world. Knowing that there are Others – who come to us in stories, dreams, images – who will help and guide us if we know how to find them, know how to properly listen.

But over the centuries, this old knowledge – this older and very much wilder mythology – has been deliberately overwritten. It’s my belief that we badly need to find our way back to it. We need to find our mythic ground again. We need to re-enchant ourselves – to fall in love again with the world, to find a genuine sense of deeply embodied belonging to this beautiful, animate Earth. To remember, as Carl Jung also said, that humans have always been myth-makers. And to take back that myth-making power from the failing forces that govern us, and find the stories we really want to live by.

Stories and myths really are key to this very necessary transformation, because humans are storytelling animals, for sure. We begin to perceive, explain and make sense of the world through the stories we find in childhood – or the stories which find us. They are the stars we navigate by, and our traditional folk and fairy tales are the brightest stars of all. They teach us everything we know, and their lessons are deep and rich. Anywhere, there may be a door to another world: learn to look for it. Always leave a trail of breadcrumbs to find your way out of the dark wood. Don’t maim yourself trying to fit into the glass slipper which was made for someone else. Gold is never a good goal. Never take your skin off and leave it unattended.

The characters in stories are great teachers, too, and as a child I think I learned more about ways of being in the world from characters in books and stories than from people I actually knew. My preferred companions were the solitary heroines who were strong enough to win through the tough times. I studied them carefully, thinking about how they cultivated resilience, analysing their strategies for winning through against impossible odds. I especially loved the story of Eliza in Hans Christian Andersen’s ‘The Wild Swans’. After her twelve brothers have been changed into swans by a wicked stepmother, she is told by a good fairy how to save them. She must pluck stinging nettles with her bare hands, spin yarn from their fibre, and weave a shirt for each brother. She’s to endure this years-long pain whilst remaining silent. So her voice is taken away from her, and because she’s deprived of the power to tell her story, a suspicious bishop almost succeeds in burning her at the stake as a witch. Her brothers sweep down and save her just in the nick of time – and at the same time as she saves them, casting the shirts over them one by one. Except for the brother whose shirt she doesn’t quite finish in time, and so who is left half man, half swan. This story taught me many things. That transformation is a gift which comes from the stinging, the thorny, the prickly. Tolerate the blistered hands, it whispered to me: out of the pain, magic is born. And no matter how close you come to the burning, help may still arrive. Even today, a nettle is never simply a nettle. It is a symbol of everything that is possible, even when all hope is gone.

In fairy tales like this one, the tasks which must be undertaken are the stuff out of which souls, not just shirts, are forged. If we treat them with the respect they deserve, and learn to recognise that they’re really not just entertainment for children, and never were, we come to understand that this kind of story can help us to reimagine ourselves – because at the heart of them is transformation: they help us to believe in the possibility of change. We come to see that there are other ways of imagining the world and our place in it – and of living more intensely, and more richly, in a world that is filled with challenge, and sorrow.

In such a challenged and sorrowing world – in the world we’ve come to inhabit right now – we badly need to reimagine the world and our place in it. But the stories we tell about ourselves – our personal myths – are intimately related to the wider cultural narratives which are imposed upon us; our own individual stories develop and are played out inside the wider stories of our time. A cultural myth is alive and thriving when it offers up a way of life which inspires us, nourishes us and satisfies our need for meaning. But when the heart bleeds out of our cultural myth and it grows arid and heartless, as clearly has happened in the West today, we in turn become alienated and rootless. Our lives are lived outside of any meaningful context, because above all myth is meaning. When we can’t live by the dominant myth of our culture any more – when the ways of life that previous generations pursued, when the values they espoused and beliefs they held, become intolerable to us as individuals – then, in a sense, we fall out of myth. If we fall out of myth, we fall out of meaning.

And that’s when we need to find that mythic ground again: to find different stories to live by – and along with them, new meaning. We need to tell ourselves different stories about how the world is, and what it, and we, might become. But chances are we’ll find those necessary new stories right there where they’ve always been: glowing brightly in the fast-beating, wild heart of the old ones.

Change always begins with individuals, and it always begins with imagination. With the mythic imagination. It begins with a different story which succeeds in capturing our imagination more effectively than the now-crumbling story we’ve been living by for way too long. It begins with a story which speaks to our longing for deeper connection, for deeper meaning. Which reflects the old ways of knowing that are still written in our bones: the knowing that tells us we are part of the great web of life on this planet – that we belong here – and that the black-feathered croak of a crow and the transformational power of a stinging nettle can point the way to all the wisdoms and meanings we’ll ever need.