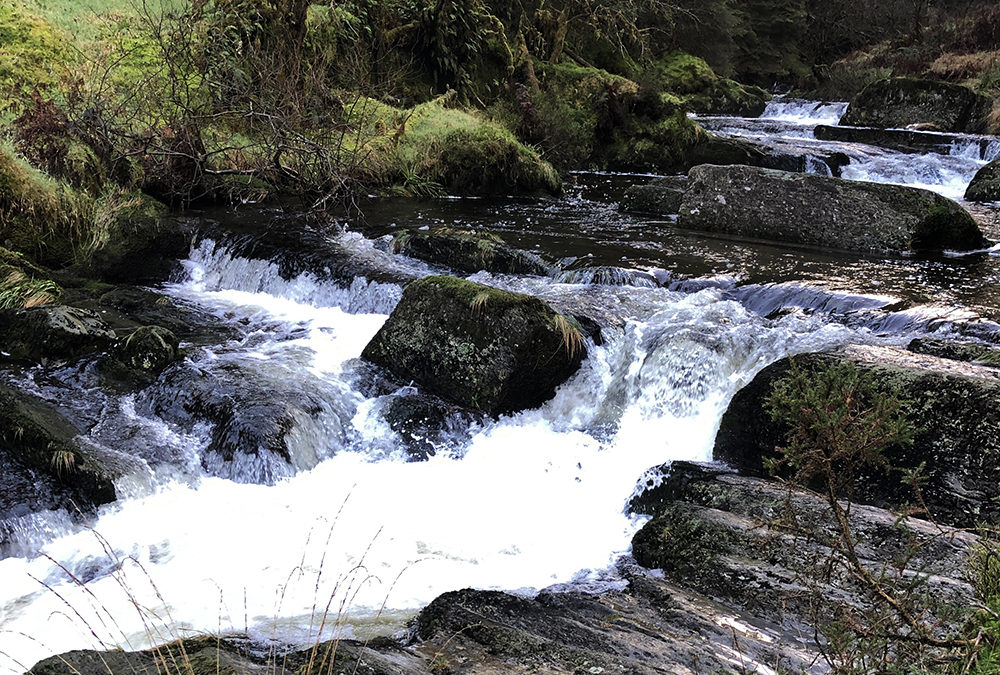 For the past couple of decades of my life, the wild places in which I’ve been fortunate enough to live have centred me and informed me. Taught me the most important lessons I’ve needed to learn. I’ve immersed myself in every bog, headland, beach, loch, wood. Rooted, dreamed, wandered. In all weathers, and all seasons; with and without dogs. Place has been everything to me, and place has always been wild. The wild places I’ve lived in have reimagined me, dreamed me into new ways of being.

This year has been a little different. As many of you will know, we landed here in Wales a day before lockdown, after a difficult transition period and a hugely stressful relocation from Ireland, and I was pretty much immediately struck down with sudden-onset, severe and aggressive rheumatoid arthritis. Because of the National Health Service’s almost-exclusive focus on COVID-19, it was five months before I could get help, and access the treatment which is thankfully now working beautifully. Because I shuffled painfully around like a cross between the Handless Maiden and the Little Mermaid – neither hands nor feet worked, and very little in between – I was suddenly, for the first time in a very long time, confined to a house and small garden. A very lovely old house, with a beautiful view across the Cambrian mountains and surrounded by old yews and other wonderful trees – but there was still a sense of confinement. Even getting up and down our sloped fields required a marathon effort (let alone the impossibility of getting boots onto swollen feet and tying the laces with fingers that had no flexibility and hands that had no grip); for weeks on end it just couldn’t be done at all.

So I learned to home in. Quite literally. To bring my ordinarily long gaze very much closer to home. To get to know a little courtyard garden and a tiny copse of trees, and the remarkably lush and varied bird and insect life which inhabit them. To sit for half an hour at a time watching swallows, and red kites circling around the top of the hill behind us.

Along with everything else I’ve learned this year (get off the treadmill; say ‘no’ very often, and repeat; rest, rest, rest) it’s been revelatory, and the nature of the revelations keep on coming. I haven’t begun to properly process it all yet. But as I’ve sat here, looking out across the valley, past Hafren forest and beyond, where the dark mountain on the horizon meets the brighter green – there where a shadow of misty darkness lurks – looking over to the heights of Plynlimon and the source of the River Severn – I’ve longed for the day when I’d be well enough again to step out into the wild.

I’ve been working up to it for a while, with increasingly longer walks down out lovely green lanes. But yesterday, in the company of my lovely friend Sarah, was the first time for eight months that I’ve been able to venture out beyond my home place – out into the depths of the forest, hugging the banks of that powerful old river.

And it is such a river, here in the place of its beginnings, here in its own home place. Avon Hafren, in Welsh; one of three sisters – daughters of the giant Plynlimon – who met one day to discuss the question of what was the best way to the sea. Being water spirits, of course, they were fond of the oceans. The first decided to take the direct route, and headed westward. She became the river Ystwyth, and was the first to mingle with salty waters. The second sister had a taste for landscape, and made her way through purple hills and golden valleys – her name was Wye. The remaining sister decided against short-cuts, and it took her 180 miles to reach the sea. She was the Severn, and it seems that she wanted to visit all the fairest cities of the kingdom and never stray far from the haunts of men. These are the living spirits which constitute this land. The beautiful, shiny waterways which, Celtic myth tells us, originate in the Otherworld.

These new hills and valleys I’ve landed in are rich with memories of water, because the geology here is founded on sandstone and mudstone – rocks created in a long gone, ancient inland sea. And at last, I can make my way out into them. Walking (though just a little more slowly and carefully than before) against the Severn’s flow. Edging ever close to Plynlimon, which one day I can now believe I’ll find my way up to, out of the trees and across the moor and bogs to the Severn’s source. That’ll be a special day, for sure – but every day is special now, and I’ll never again take for granted the gift of feet and legs; the gift of something as apparently simple as a walk.