How to do mythology properly 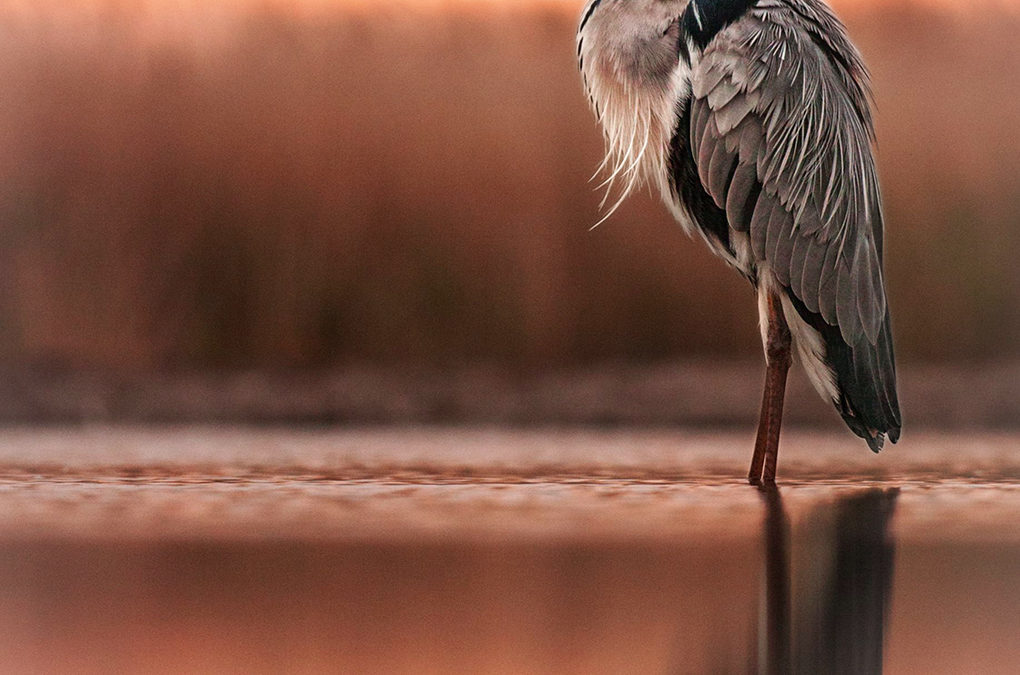 For the past fifteen years I’ve lived in locations haunted by herons. My character Old Crane Woman (who I wrote about in The Enchanted Life, and whose stories you can find under this blog in the posts labelled ‘Grey Heron Nights’) sprang from one of those haunted places: a river in Donegal which was home to a particularly fine heronry, on the banks of which I lived for three years.

Here in Connemara, our land is bordered on one side by a beautiful fast-flowing stream, a miniature of that Donegal river, which is also beloved of herons. I can sometimes catch them there if I creep down quietly enough; and sometimes, when I’m sitting at the old wooden table in the corner of our kitchen, I’ll catch a glimpse of one flying up from the water and away over the treetops.

So, heron: corr, in the Irish language. And corr is also the word for crane – and if you understand the context in which the myths and stories of heron exist in this particular country, you understand that actually, most of the old myths are not about herons at all, but about cranes. Because as the Eurasian crane died out in Ireland, the grey heron arrived to take its place in the ecosystem, and to take its place in the myths and folklore of the people.

The point about mythology is that every mythology is unique – a fact that’s often lost in the most common approach to the scholarly study of mythology these days, which is largely comparative. It’s lovely to find the same themes and motifs in different cultures around the world; it gives you a wider understanding of the nature of human beliefs, and the ways in which, ultimately, we all seem to be asking the same questions about the nature of the world. It astonishes you with the rich variety of the answers we find, of the stories we tell about ourselves and the nonhuman others we share this world with. But at the same time, I strongly believe that if you haven’t also studied one mythology in real depth, you shouldn’t consider yourself to be a mythologist at all.

My emphasis on the importance of really knowing one mythology – and not just the stories, but the context for those stories: linguistic, historical, psychological, even geological – comes from the richness and insight I’ve found in studying my own. And it’s always better, I believe, to study the mythology which belongs to the place where your feet are planted – where you actually live – because to extricate mythology from the land in which it arose, to study it in some ivory tower or on some distant continent – is sort of like trying to enter a paragraph written in a foreign language into Google Translate and expecting something intelligible to come out the other end. You can’t extricate a mythology from the ground which birthed it, from the language it was told in, from the worldview of the people who imagined it and the history which grounded them there in the first place.

Although I’ve read mythology all my life, from as early as I can remember, and worked with it professionally for decades – most recently as a practitioner of depth psychology with a decidedly narrative bent – my ‘proper’ academic study of the subject came with my decision to undertake a Master’s degree in Celtic Studies. I made that decision because I wanted to deepen my exploration of the particular mythology of the lands of my ancestors. And what that study has taught me (among many other things!) is to very carefully evaluate what is myth and what is saga; to judge the difference between the bardic oral traditions and oral folklore; to trace the ways in which we can (or, maybe, cannot) extract the elements of a ‘native’ pagan mythology from the Christian overlay which crept in when the old stories began to be written down. These are insights that you can’t get from simply reading the stories themselves. And no matter how fine a storyteller you are, you certainly can’t get them from just telling the stories – especially if this isn’t your tradition. You need to know the context. The people. The land. The unique worldview. Myth doesn’t happen in isolation, and myth can’t be understood in isolation.

Here in the Irish Gaeltacht, our old mythology is still very much alive. The Fionn stories,* for example, are a living tradition, told today in homes and pubs. They’re not the fossilised remains of a long-dead culture; they’re who we are, here, today. They deserve to be treated with respect; they deserve for tellers of those stories who come from other traditions to not just blunder in, plundering and picking the bits they like best, leaving behind the stuff that seems to make no sense, changing a heron to a swan, or an oak to an ash. And mythology is different from folklore, and that’s a distinction that’s not made nearly often enough. Folklore shifts over time and across cultures. It transforms itself, it adapts to local conditions, it’s eminently flexible. Myth is different. Myth comes from the land, from the interaction between people and the land.  As Canadian scholar Sean Kane pointed out in his fine book The Wisdom of the Mythtellers, myth is the power of place, speaking. I’d say that myth is an act of co-creation between the land and the people who live on it. It might be designed to shift over time, as the place changes, and the history, and the worldview of the people who live there – but it’s really not designed to travel. It makes no sense out of its place.

Studying myth in this way – deeply, devotedly, is an act of apprenticeship. Apprenticeship to story; apprenticeship to the mundus imaginalis – the imaginal world – in which these stories and the archetypal characters, creatures and places which inhabit them have an independent existence. I’ve written about the lost art of apprenticeship here before:  about the need to ‘understand what we don’t know, to do the proper research, to find the right teachers, to embody the necessary lived experience before we imagine that we’re ready to share our gift with the world. Apprenticeship requires humility: a little-valued quality in a world hell-bent on glory.’ Myth, above all, requires us to be apprenticed to it. To watch it carefully, to listen to all that it has to say, to learn from it – and only then to go out into the world and feel we’re ready, finally, to practice our craft.

* The ‘Fionn Cycle’ (an Fhiannaíocht) is a set of poems and prose texts dating from the seventh century onwards about the mythical hunter-warrior-sort-of-shaman Fionn Mac Cumhaill and his band of followers, the Fianna.