Staying, when times get tough 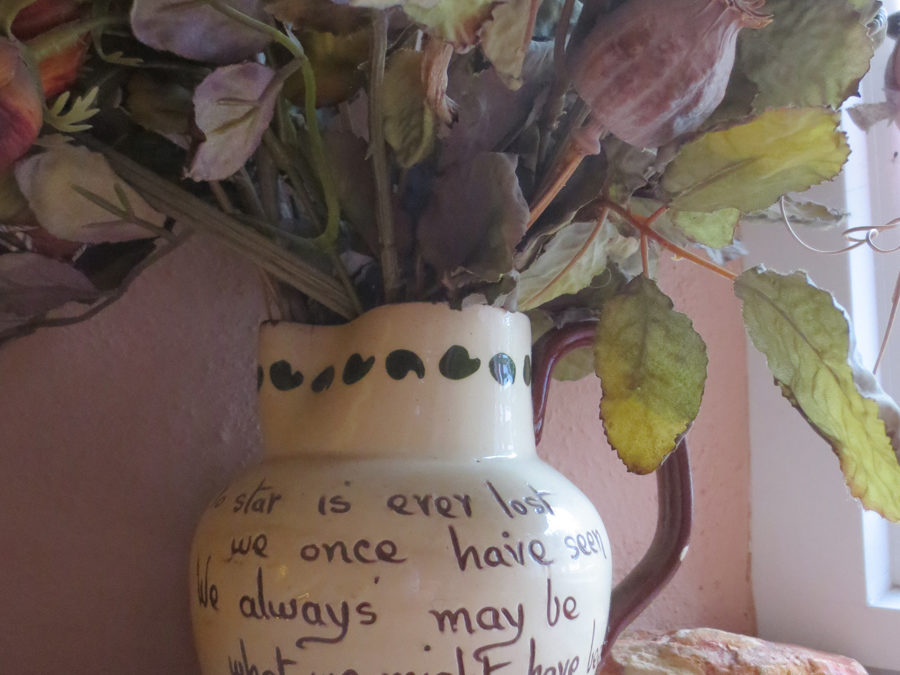 There’s a famous quote from Labour luminary Tony Benn which I love. ‘There is no final victory,’ he said, ‘just as there is no final defeat. Just the same battle to be fought over and over again. So toughen up, bloody toughen up.’ It’s easy to say and to love, of course, and a whole lot harder to feel and believe.

Knowing this all too well, the thing that has nevertheless distressed me most about yesterday’s election result in the UK is the sheer number of people who seem now to be wanting to flee the country. The panicked memes about not feeling safe; other posts on social media about looking for sanctuary in other countries, as if it would be possible, ever, to find one which doesn’t in some shape or another perfectly epitomise the same old human predilection for messing things up (just in more exotic ways, maybe. Novelty can take you a long way).

I really hope that doesn’t sound critical. I certainly don’t mean it to. At nearly six decades on this planet, I understand despair all too well. And I can’t exactly claim always to have stood still when the going got tough. But I also understand that what looks like defeat can often be the tipping point that swings the pendulum back over again. Because I’ve learned a lot from my own failures, and you can imagine that nearly six decades on the planet have provided the opportunities for plenty of those, too.

Rather than feeling critical, what I feel is sad. Sad for an island that, more than ever, needs those of us who want to transform the world to hold strong. Not just sad for the people who’d be left behind, still in the struggle – the people who haven’t the option, perhaps, of shipping out – but sad for the places which need us to protect them, to witness them, to stand firm for them.

So I’m done with fleeing; instead, I’m going back.

Those of you who regularly visit this blog will have read, a month ago, about my decision to leave Ireland and go back to that strange and challenging  old island across the Irish Sea. And the sense of being called home which led to that decision was a very real and visceral one. A sense that, more than ever, the work that I do, and that so many of you who are reading this do, is needed there, and urgently.

Maybe I’m crazy, but if I am, I’ve been this crazy before. I’ve been called back home before, whether I want to be called or not. Mostly, not.

The last time this happened, I was living quite happily in America. I was enjoying the space and the freedom. But, on the eve of the Millennium, oddly twitchy, restless, on the verge of change but not really wanting it, I closed my eyes and opened the New Oxford Book of American Verse and asked for a ‘sign’ in whatever poem would happen to be on the page I opened. I wasn’t particularly impressed with the answer I found. There, sitting in Louisville, Kentucky, I opened the book to the only Kentucky poet in that volume: Robert Penn Warren.

His long narrative poem was called ‘The Ballad of Billie Potts’, and I opened the book to this page of it:

Though your luck always held and the market was always satisfactory,
Though the letter always came and your lovers were always true,
Though you always received the respect due to your position,
Though your hand never failed of its cunning and your glands always thoroughly knew their business,
Though your conscience was easy and you were assured of your innocence,
You gradually became aware that something was missing from the picture,
And upon closer inspection exclaimed: ‘Why, I’m not in it at all!’
Which was perfectly true.

Therefore you tried to remember when you last had
Whatever it was you had lost
And you decided to retrace your steps from that point,
But it was a long way back.
It was, nevertheless, absolutely essential to make the effort,
And since you had never been a man to be deterred by difficult circumstances,
You came back.
For there is no place like home.

On December 31 1999 I wasn’t ready to hear that message. I was never going back – never. I decided that the whole idea of trying to find a sign by opening a book at random was utterly ridiculous and this poem wasn’t relevant to me in any way (though indeed, it was perfectly true that at that point in my life I was not in the picture at all). And instead of going home to Britain I went and spent what felt like the worst year of my life in Macon, Georgia. Well, the worst in some ways, but with the benefit of hindsight, one of the richest in others – because it was the shock to my system of being in that place which I couldn’t find a way to relate to at all (whereas I had loved Kentucky, in my way) which sent me home after all, and not very long after September 11 2001.

So now, much as I love the land here in Ireland, we are moving to Wales. To my husband’s homeland – and in some strange sense, to mine, because my mother moved there when I left for university at 18, and, in the vicinity of the lovely town of Machynlleth, I found a second home for three full decades.

On the day the notion to make this move came to me, something made me consult ‘The Ballad of Billy Potts’ again, and I read these other lines, and laughed to see how everything comes full circle, and how the answer again seems to be in this poem:

But perhaps what you lost was lost in the pool long ago
When childlike you lost it and then in your innocence rose to go
After kneeling, as now, with your thirst beneath the leaves:
And years it lies here and dreams in the depth and grieves,
More faithful than mother or father in the light or dark of the leaves.

So, weary of greetings now and the new friend’s smile,
Weary to the art of the stranger, worn with your wanderer’s wile,
Weary of innocence and the husks of Time,
You come, back to the homeland of no-Time,
To ask forgiveness and the patrimony of your crime …

… And you, wanderer, back,
… And bear through that limitless and devouring fluidity
The itch and humble promise that is home.

In coming back to Wales, I’m coming full circle in so many ways. As those of you who have read If Women Rose Rooted will know, Wales was the first place I really opened up to the magic of the land, and of the wild. And it was in a small café in Wales, sitting there with my mother one day, heartsick and world-weary and burned out from years of being what I never should have been, that I found, on the windowsill beside me, the old Devon Ware jug in the photograph above. The inscription on it read:

It’s sat on many windowsills and mantelpieces in the intervening years, that jug. But it’s never far from me. It’s always the one thing which travels with me if I move house, too precious to entrust to a removal van. And it’ll come with me again, when I take it back to Wales where, for me, it began. Because this jug reminds me that change is always possible. That no matter how late it might seem, transformation is always possible. It reminds me never, ever to give up. Never to say I failed, and failed forever. Never to believe that everything is inevitably and irredeemably broken. Because it never is. Really, it never is. Don’t ever let anyone tell you that it is.

As brother-in-arms Bayo Akomolafe says, ‘The times are urgent. Let us slow down.’ Let us slow down indeed. Let’s not panic, or despair, or run away. Let’s remember that sometimes, there really is no place like home. And entertain the possibility that, although we might imagine we don’t need it, home might actually need us.

[i] I later discovered that these are the first two lines from a poem by Adeleine Anne Proctor.