The land which loves us 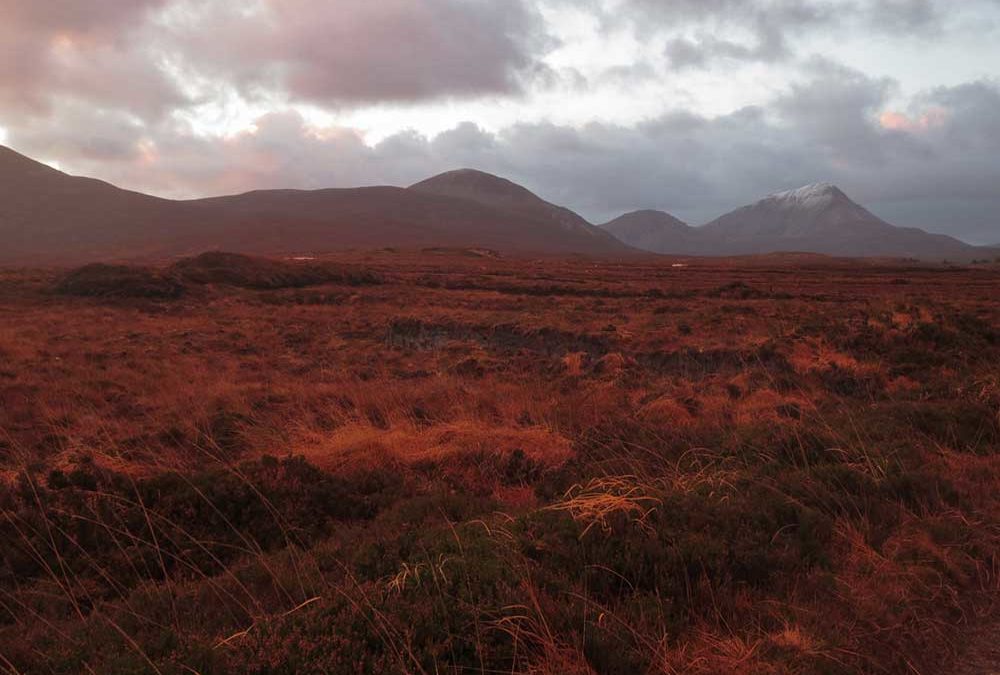 All the courses and workshops I offer in the mythic imagination have relationship with place, and with the land on which our feet are planted, at their heart. It couldn’t be otherwise; my ancestry is entirely Irish and Scottish, and these are the two countries in which I’ve spent most of my adult life. And Gaelic culture is intensely land-based. Those of you who’ve read If Women Rose Rooted will know all about the ways in which divine women who represent both the power of the land and the power of the Otherworld (always, always inextricably intertwined) are fundamental to Irish mythology. Old Irish literature is filled with stories of powerful women who were incarnations of Sovereignty, the goddess of the land who was its guardian and protector. Sovereignty was the spirit of the Earth itself, the anima mundi, a deeply ecological force. And from this reverence for the goddess of Sovereignty sprang the ancient Irish practice of the banais righi, in which the king would marry the land. This sacred marriage, the king would promise that he and his people would respect the land, and live in balance and harmony with the nonhuman others who share it alongside us.

These ideas don’t belong to some distant, largely forgotten past – not in this old, mythic country. And so in the latest issue of Comhar magazine (a long-running literary journal published in the Irish language) I wasn’t surprised to find an article entitled ‘Ómós Áite: a rian ar scríbhneoirí in Éirinn’ (‘Reverence of Place: its mark on writers in Ireland’) by Seán Ó Tuama. In it, he makes reference to three lines from a poem entitled ‘Caoineadh Airt Uí Laoghaire’ (‘The Lament for Art O’Leary’) composed by Eibhlín Dhubh Ní Chonaill in 1773. Here’s what Ó Tuama had to say:

I do not think it would have sounded strange to her listeners, late in the eighteenth century even, when Eibhlín Dhubh Ní Chonaill said, on the death of her precious husband:

It would have been widely understood at that time, in my opinion, that the ancestral land would mourn the death of a member of the noble tribe to which she [the land] was married …

So even as late as the eighteenth century, the notion existed that when someone died, the land which they’d inhabited would grieve for them. The notion still exists today, for those of us who inhabit these lands in which our ancestors have walked for millennia. Years ago, when I left the Isle of Lewis in the Outer Hebrides – a land to which I’d bonded fiercely – I wrote ‘The Land’s Great Grieving’, an article on my blog about the ways in which the land grieves for us when we leave it.

There are those … who will no doubt accuse me of being unreasonably human-centric, as if in some way I’m saying that the land needs us, as if I’m just repeating the old paradigm, with humans as the centre of the universe. I’m not. The land will go on without us, some people will say, and indeed it will. It doesn’t need us, and perhaps it doesn’t. But when you actively forge a relationship with anyone or anything, there is power on both sides. Power, and responsibility. And the potential for grief when the relationship breaks up.

Because whatever else I might be trying to say, and whether or not I am crazy or sane, I am asking you this. We talk always about our grief at leaving the land, when we leave a place we have loved. The grief of the emigrant, the yearning for the land we once inhabited. But what if, when we leave it, the land grieves for us?

The truest and deepest way to weave ourselves back into the web of life on this planet, and the truest and deepest way to court the world soul which permeates it (and us), is to forge the truest and deepest relationship we can with the places where our feet are planted. Here and now. Today. Maybe not forever – who knows – but today. Where our feet are planted right now, in this place, in this moment, the only place and moment in which we’re alive. To love the places we’re in, whether we think this love will be forever or whether we imagine we’re just passing through. Because those places are open to us, reaching for us. Relationship is at the heart of what the land longs for – the land is no different from the humans that walk in it and on it, looking always for meaningful connections. It goes both ways, what we feel for the land. It’s a relationship. A two-way conversation. It’s not all about us. What WE feel. What WE need. The love goes both ways and so does the pain. This land is alive. That has consequences. It changes everything.