Weaving the threads of our personal myths 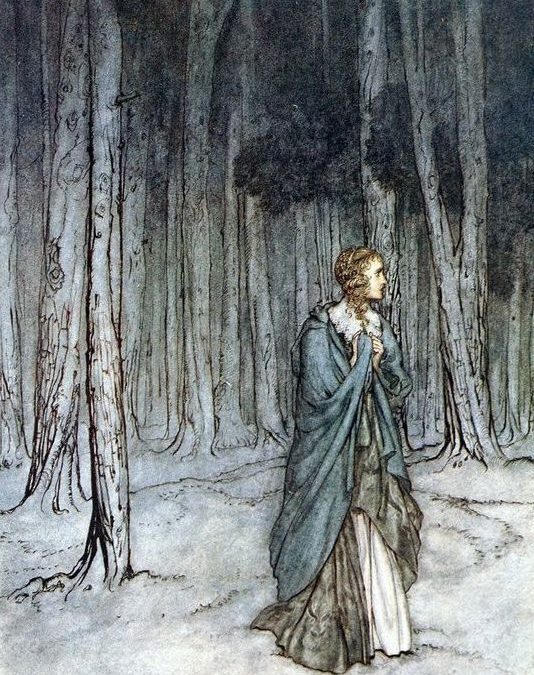 No matter how many years I’ve spent working with the idea of ‘personal myth’, and humans as mythmakers, there’s always some new insight to be gleaned, and some new way of thinking about it all to uncover. This is one of the subjects we’re covering in some depth right now as part of my ‘Courting the World Soul’ course – the core course for my wider mythic imagination programme. And it’s inspired me to write about it again here – something which I haven’t done for a good few years, now.

I began working with personal myth as part of my wider narrative psychology practice geting on for a couple of decades ago now, having discovered the threads in Jung’s old writings, in the writings of several depth psychologists in the late 80s and early 90s, and then transformed them in my own unique way by incorporating them into my work with clinical hypnosis and the creative imagination. The wider narrative approach to the practice of psychology (which I taught for a while to clinical psychologists and other health professionals in the British NHS), and which incorporates working with myth, fairy tale and a variety of mythopoetic approaches to understanding our life journeys, was the most transformative approach I’d ever encountered when it came to creating meaningful and lasting change in the people I worked with. To create change, you have to capture the imagination. And myths and fairy tales do that in spades.

Well, the idea is an old one, dating back over a century; it’s fundamental to several schools of depth psychology. It arguably originated in the work of Sigmund Freud, who was the first to overtly acknowledge the archetypal and mythical threads running through our lives, when he declared to Wilhelm Fleiss in 1897 that he had awoken from a dream knowing ‘I am Oedipus’.

Carl Jung reflected in more detail on this idea that we might each be living out a particular mythic pattern. When he began to write The Symbols of Transformation, between 1911-12, he had recently taken up the study of comparative mythology in order to better identify the sources of recurring imagery in his patients’ dreams. In Memories, Dreams and Reflections, his autobiography, Jung wrote that at that time he had begun to ask himself a number of questions about myth, and to reflect on what it might mean to ‘live with a myth’, as well as what it might mean to live without one. It occurred to him to ask himself what myth he was living by. Jung later identified that he was living out aspects of a story which resembled that of the character Faust.

Jung’s approach suggests that the story we consciously imagine that we’re acting out (the story we believe we may be acting out) isn’t necessarily the story which is actually unfolding within us, because we’re unconscious of it.

The trick, then, is to uncover that story. Jung believed that if you don’t discover (or perhaps confront) the personal myth you’re living, make it conscious, and explore it and work with it, its patterns will play out again and again in your life.

The conventional contemporary Jungian approach to personal myth is typified by James Hollis, when he writes in his essay, ‘Our Stories as Our Personal Myth’, that ‘we have less autonomy in the construction of our lives than we had fantasized … Your story courses through you … making choices for you, creating history, inviting futures. What is not conscious owns you, and very little is conscious, even to those who try. More than making our story, our story is making us.’

While it is undoubtedly useful to attempt to uncover the mythic patterns we might unknowingly be acting out, I’m a little cautious about such approaches to personal myth, as they can be unduly deterministic. Psychologist Dan P. McAdams, in his 1993 book, The Stories We Live By, proposed an approach which was rather less so. McAdams stressed the need to uncover the narrative of self which we have been tacitly or unconsciously living over the years, but he also focused on the fact that we continue to revise our stories as we proceed through life.

I believe that we can, and should, do so consciously – to, as Jung put it, “dream the dream onward”. For me, the main purpose of discovering the mythic patterns we may be acting out is to help us to transform them where appropriate, focusing on their possibilities rather than their strictures. Because a personal myth is not just an act of uncovering, but also an act of the creative imagination. It might be part ‘destiny’, but it is also, in good part, vision. It is, more than anything, an act of mythopoesis – a word which, literally, means ‘myth-making’. When we speak of mythopoetic identity, or our mythopoetic journey through life, we’re speaking of the human capacity for myth-making. Not in the negative, modern sense of making things up, or of creating fictions, but of consciously engaging with the mythic and archetypal in everyday life, and navigating the ways in which they change and transform as we journey on.

To understand your personal myth is to understand the ways in which you’re located within a particular historic tradition, how you as an individual are woven into a collective fabric of image and meaning. It’s to find yourself embroiled in the fundamental questions we ask about being human: Why am I here? Why does it matter? Where did I come from, and where am I going? How do I get there?

It doesn’t get any more exciting than that.

If you’re interested to know more about personal myth and other approaches to the mythic imagination, ‘Courting the World Soul’ will be available from mid-December as a self-study, on-demand course. Please sign up to my newsletter to be kept informed about enrolment.