‘She knows her archetypes, knows her Jung, knows her fairytales and knows her neuroscience, and is sick of being patronised by men who don’t.’

‘A beloved and highly respected thinker and a legend in the ecofeminist and nature writing world.’

‘My standout interview of the year.’

MATTHEW TAYLOR, WRITER, BROADCASTER AND HOST OF THE RSA ‘BRIDGES TO THE FUTURE’ PODCAST

Dr. Sharon Blackie is an award-winning writer, psychologist and mythologist. Her highly acclaimed books, courses, lectures and workshops are focused on the development of the mythic imagination, and on the relevance of myth, fairy tales and folk traditions to the personal, cultural and environmental problems we face today.

As well as writing five books of fiction and nonfiction, including the bestselling If Women Rose Rooted, her writing has appeared in anthologies, collections and in several international media outlets – among them the Guardian, the Irish Times, the i and the Scotsman. Her books have been translated into several languages, and she has been interviewed by the BBC, US public radio and other broadcasters on her areas of expertise.Her awards include the Roger Deakin Award, and a Creative Scotland Writer’s Award.

Sharon is a Fellow of the Royal Society of Arts, and has taught and lectured at several academic institutions, Jungian organisations, retreat centres and cultural festivals around the world. Her TEDx talk on the mythic imagination can be viewed here.

WRITING, TEACHING & CONNECTING WITH THE LAND

Sharon’s unique approach to working with the mythic imagination, fairy tales and folklore highlights the insights these traditions can offer us into authentic and meaningful ways of being in the world, and the ways in which they can help us to cultivate a deep and enduring sense of belonging to the places we inhabit.

Read on for the official biography and Sharon’s personal story. 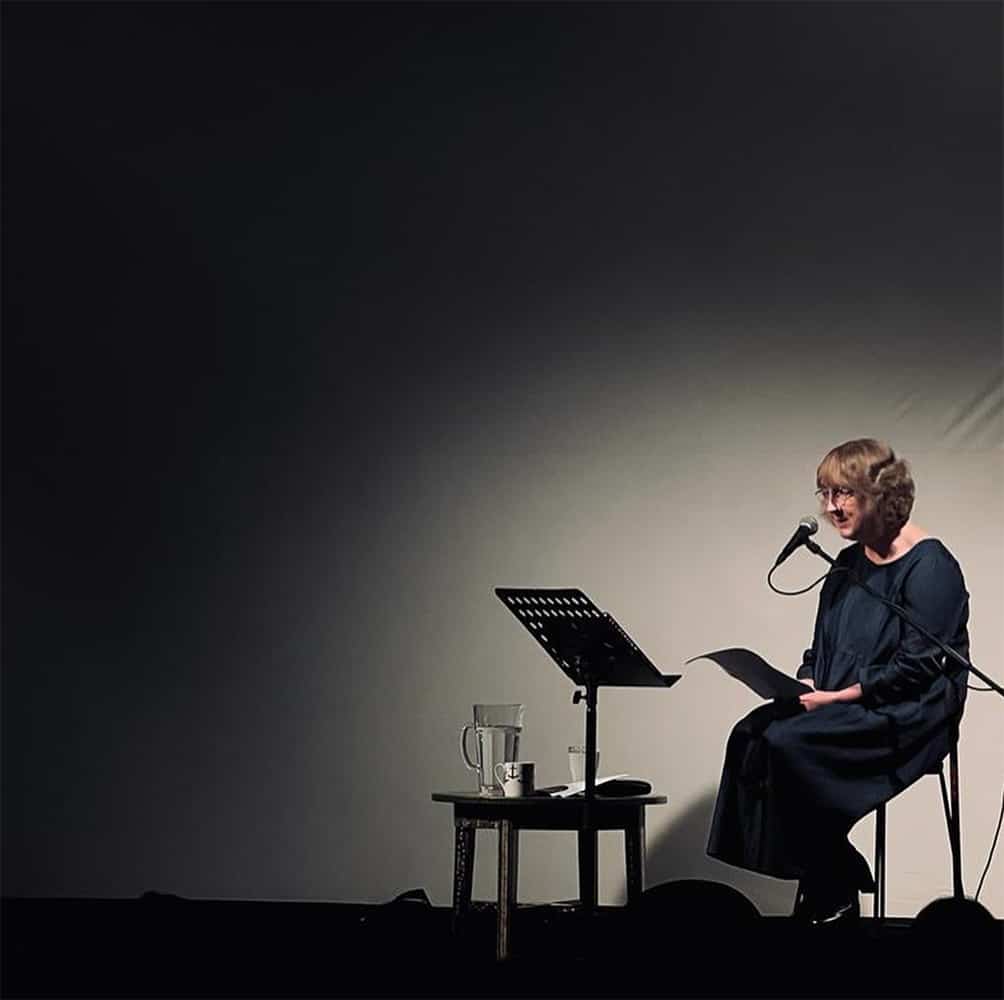 Chartered Psychologist with Practicing Certificate awarded by the British Psychological Society, 2003 – 2007. Continuing Professional Development training in various therapeutic modalities including Transpersonal Psychology, CBT and EMDR. Tutor in Narrative Psychology for clinical psychologists and other health professionals, via the Association for Psychological Therapies (UK).

MA Creative Writing (fiction route), Manchester Metropolitan University, 2007. Specialisation in developing a sense of place in fiction, and the use of myth and fairy tale to express personal transformation.

MA Celtic Studies, University of Wales, 2019, with a focus on Irish and Welsh literature, myth, and folklore. Dissertation: ‘The Cailleach in Gaelic Myth and Folklore: An Ecopsychological Analysis’. Winner of the Rev. Thomas Jones Creaton Prize in Welsh.

Sharon has been engaged as an external examiner on behalf of doctoral candidates at Pacifica Graduate Institute and the California Institue for Integral Studies.

Sharon is the author of The Long Delirious Burning Blue, a novel which the Independent on Sunday called ‘hugely potent. A tribute to the art of storytelling that is itself an affecting and inspiring story’, and which The Scotsman called ‘powerful (reminiscent of The English Patient), filmic, and achieving the kind of symmetry that novels often aspire to, but rarely reach.’

Her word-of-mouth bestselling nonfiction book If Women Rose Rooted offers up a new Heroine’s Journey for this challenging age of social and ecological crisis, and was described by novelist Manda Scott as ‘mind-blowing in the most profound and exhilarating sense … an anthem for all we could be … an essential book for this, the most critical of recent times.’ If Women Rose Rooted was a 2016 Nautilus Book Award winner.

Sharon’s articles have been published in several national newspapers, including the Guardian, The Scotsman, the i and The Irish Times, and in many popular magazines and academic journals. In 2009, she was the recipient of a yearlong Writer’s Award from Creative Scotland. In 2022, she was given the Roger Deakin Award by the Society of Authors.

From 2013 to 2017 Sharon was the founder and editor of EarthLines Magazine, described by Jay Griffiths as ‘a deeply intelligent publication’, by George Monbiot as ‘a rare combination and much needed’, and by Robert Macfarlane as ‘a real point of convergence for many thought-tributaries and philosophical paths’.

Sharon has performed at a number of cultural events and festivals, from the Edinburgh International Book Festival to the Dark Mountain Project’s ‘Uncivilisation’ Festival. Her TEDx Stormont talk on the mythic imagination can be found online here.

I was born in 1961, in County Durham in the far north-east of England, to a Scottish father and a mother with Irish and Northern English roots. A good portion of my ancestors were rooted in Ireland; all of the rest came from Yr Hen Ogledd: the Brythonic ‘Old North’ – southern Scotland and the borderlands, Northumbria and Cumbria. Without exception, they were working class: gamekeepers, agricultural and industrial labourers, domestic servants, seamstresses, miners and master mariners.

I was raised from an early age on an imaginatively rich diet of Irish and Scottish myth, poetry, music and history, in an impoverished household free of television but with a great respect for books. And so my fascination with the mythology of these islands started young; at the age of ten I was making copious lists comparing the names of the Knights of the Round Table in Sir Thomas Mallory’s work to their ‘equivalents’ in the wider British, French and German Arthurian literature. I didn’t ever complete the mapping exercise, but it’s an obsession that never left me, and although I’ve studied and researched mythological systems from all around the world over the years, it’s my ancestral Irish, British and other Northern European traditions – along with Greek mythology – that have always drawn me more, and on which I now focus.

Although I had originally wanted to study literature, my first degree was in psychology, and I then spent several years as an academic neuroscientist/ psychologist specialising in the field of anxiety and panic, with research fellowships at l’Hôpital Pitié-Salpêtrière in Paris, and the Institute of Neurology at the National Hospital for Nervous Diseases in London.

After a few twists and turns, including some unwise years advising a tobacco company on smoking and health and safer cigarettes, some unforgettable years in Connemara, and a six-year-long profoundly transformative dislocation to America, at the age of 42 I moved to a coastal croft in the north-west Highlands of Scotland. There I returned to my roots, in practice as a therapist and teacher of narrative psychology, as well as working extensively with other creative/active imagination techniques aimed at psychospiritual transformation. Today, after several years living in the Outer Hebrides and then in Ireland, I live in Wales and make my living as a writer; this, along with my teaching work, is rooted predominantly in depth (Jungian) and transpersonal psychology.

AN INTENSE CONNECTION TO THE LAND

My husband David Knowles and I founded independent literary publisher Two Ravens Press (now under new ownership) in 2006; we were soon described in the national media as ‘a quiet publishing revolution’ and ‘the most talked-about publisher in Scotland’. In 2012 we launched EarthLines Magazine, the UK’s first full-colour print publication for writing about nature and place. These days, after many years nurturing the voices of others, my focus is firmly back on my own writing.

All of my work – writing and teaching – springs from an intense connection to the land, which is rooted as much in the mything and storying of place as it is in a detailed knowledge of the physical environment. These are acts of creative place-making; acts of radical belonging. For twelve years I was a crofter, both in the far north-west Highlands of Scotland and on the Isle of Lewis in the Outer Hebrides, sandwiched between mountains and sea in one of the wildest and most remote places in the country. (On a clear day, we could see St Kilda from our kitchen window.)

We produced a large proportion of our own food, keeping sheep, cows, pigs and a miscellany of poultry; a large thriving polytunnel, and a herb garden which allowed me to indulge in my love of ‘weedwifery‘: the amateur practice of herbal medicine. That long, hard work, which required us to be outside in all weathers tending other living things, as well as a continuing daily need for long walks to explore rocky shoreline, bog and mountain, has given me a deep and nourishing sense of connectedness to the spirit of place that I feel drawn to share with others.

A MISCELLANY OF ASSORTED FACTS

In 2014 we moved from the Hebrides and embarked on another migration westwards, returning to Ireland – first to beautiful, wild Donegal, where a big chunk of my heart still lies, and then to Connemara, where I had lived in the 1990s. It was a rich and transformative journey, during which (as well as having Scottish Gaelic) David mastered two dialects of modern Irish, then Old & Middle Irish. In early 2020 we returned to Britain – to David’s native Wales, in a place which was home to me during the many years my mother lived here. For me, this part of my journey through the many lessons of place has been about rediscovering the Old North – those borderlands – and the culture and traditions of my childhood.

Here in mid-Wales, we live in an old house which began life in the 1700s as a tiny nonconformist chapel, on a small farm at an altitude of 1000 feet in the Cambrian mountains. We’re blessed with the company of many remarkable old trees, several of them yews. I’m also the proud guardian of an old well. We share our lives with three border collie dogs and Maeve, the tabby cat formerly known as The Kitten of the Apocalypse. We tend a small flock of pedigree Hebridean sheep (along with a handful of Breton Ouessants and Welsh Balwens, to keep the Celtic theme going) and an assortment of hens.

A miscellany of random facts? Once upon a time in the deserts of New Mexico (one of my favourite places on the planet), I learned to fly to overcome a fear of flying (and navigate a midlife crisis), and obtained my pilot’s license. I speak French and some Spanish, back in the day also learned German and Latin, and have a very small smattering of Scottish Gaelic and Irish (favouring the Donegal dialect) and an even tinier smattering of Welsh. I could sing you anything from a vast repertoire of the old Irish rebel songs on which I was raised. I adore the Pre-Raphaelites. I have a deep and undying love of all things canine. I’m a national of both Britain and Ireland. My favourite fictional character is Terry Pratchett’s Granny Weatherwax, an old mountain witch in whose image I plan to model my old age. When in doubt, I ask myself, ‘What would Granny do?’

Subscribe to my free monthly newsletter on Substack, and be among the first to hear all the latest news about my books, courses and events – as well as personal seasonal reflections and reading recommendations. You’ll also receive signed book and course giveaways that are exclusively for subscribers, and a special gift as a thank you for joining me!